This February, iGB’s London Affiliate Conference (one of the biggest iGaming-focused events in Europe) will be held in London at the ExCeL.

In this guide, we’ll break down:

By the end, you should have everything you need to enjoy a smooth, valuable trip to LAC 2019. Without further ado… 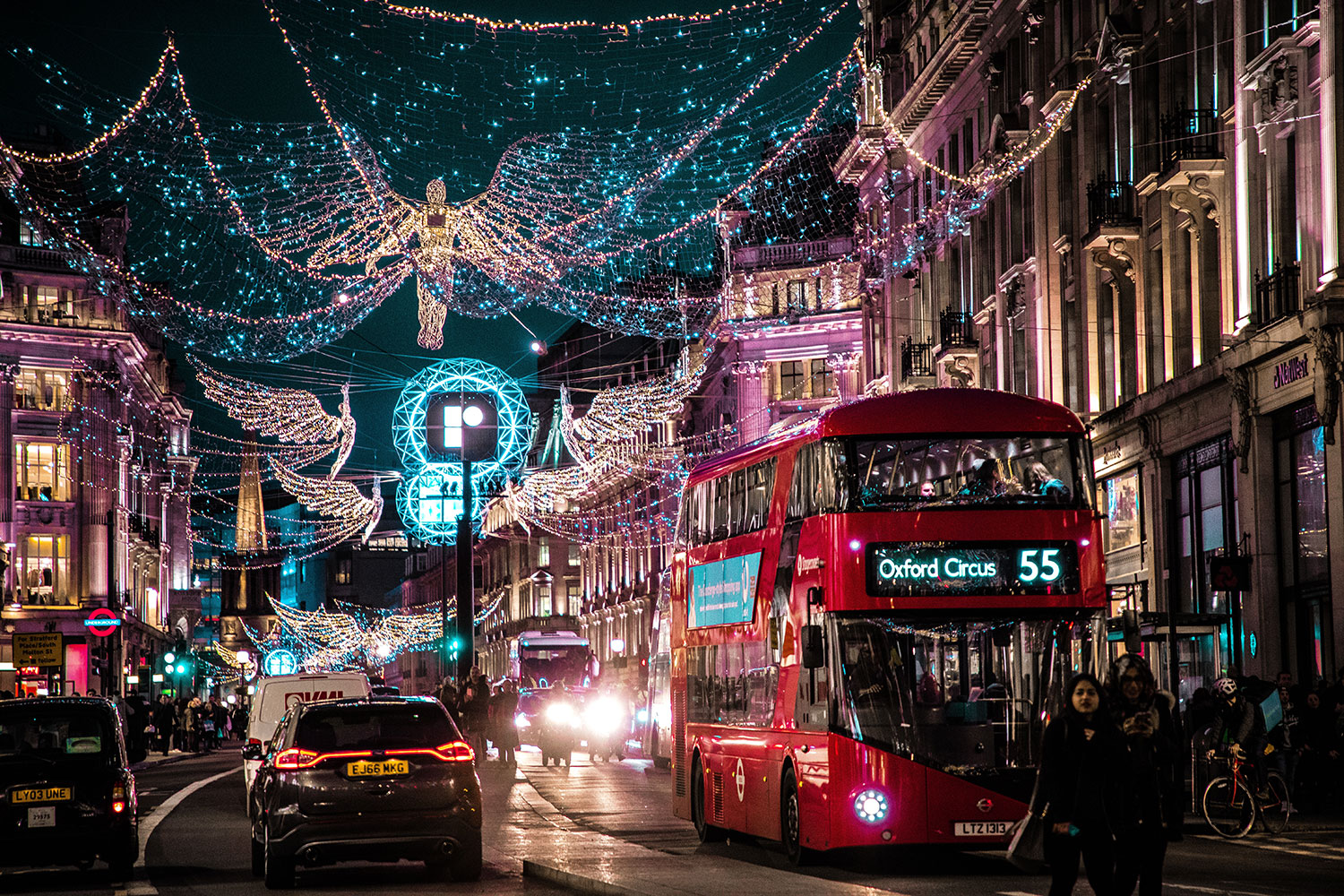 There are various pass types for the conference depending on your role in the industry, but note that affiliates attend the event for free! Ever since it launched in London over 12 years ago no affiliate has had to pay to attend.

London Affiliate Conference is run by iGB Affiliate and will also feature the iGB Affiliate Awards. LAC takes place at ExCel. The focus of LAC will be exclusively on iGaming.

If you’ve ever considered running iGaming, we suggest stopping by LAC. iGaming conferences are notorious for over-the-top displays; it should be a great show.

Who: iGaming operators and affiliates (More than 5200 in attendance - its largest edition yet)

Find the full schedule on the iGB website; here’s the gist: 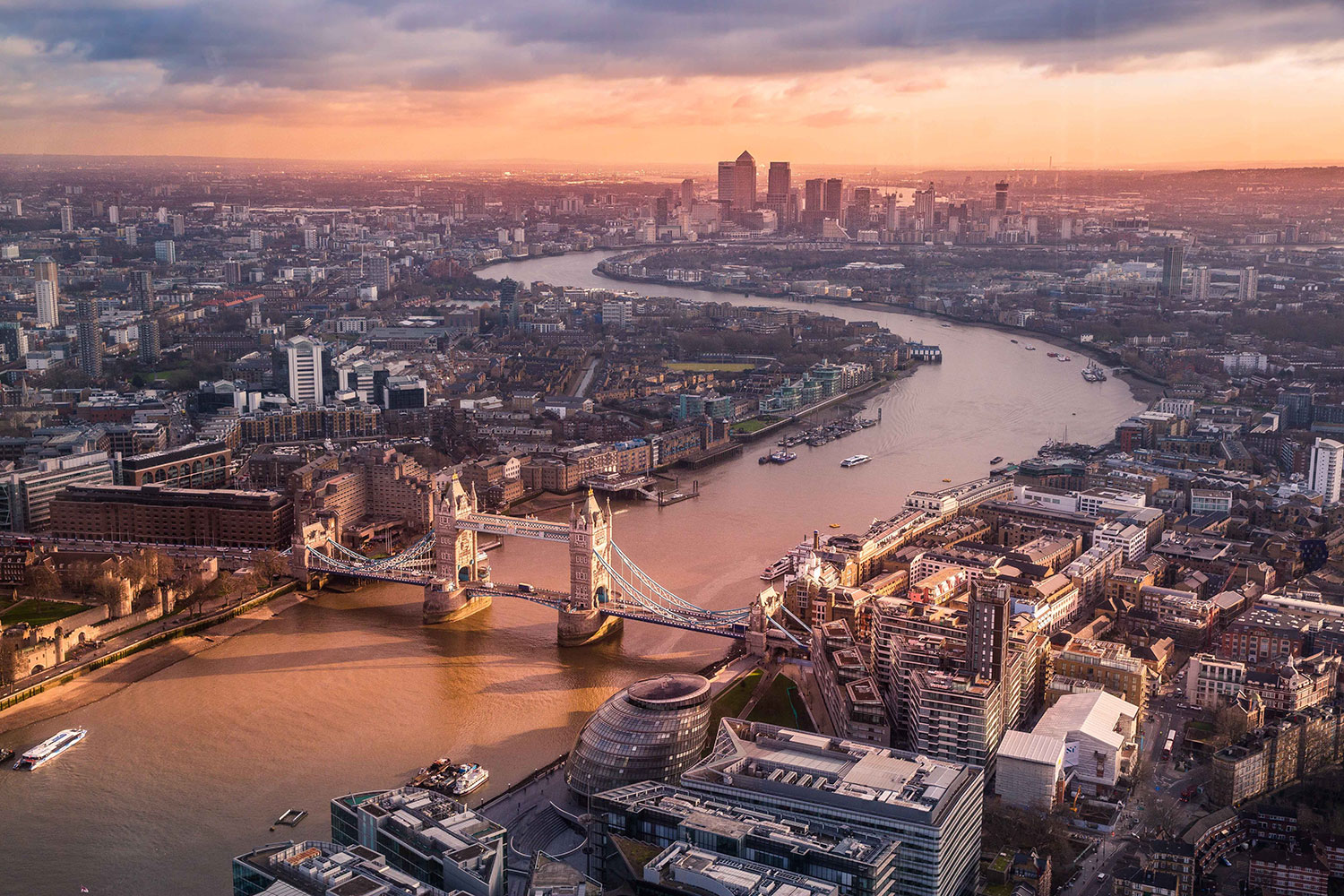 Also known as “The Big Smoke” (after a series of fires and fog in the ‘50s) or just “The City” (in reference to its world-leading financial district), London is among the largest and most spread-out cities in the world.

Let’s make things easy by focusing on the best London has to offer. The next section will be split into sections for various types of visitors:

This custom map for LAC will help you navigate - it includes the conferences, key places, and our recommendations:

While it may not be as exotic as Bangkok or Vegas (to most), you’ll still want to prepare a bit for London’s size and way of doing things. Avoid hassles by covering these essentials.

You’ve seen ‘em in the movies…

These are all pretty cool spots, and we don’t have anything bad to say about them. However, you can find plenty of detailed info on them elsewhere. If you’re interested in seeing the typical tourist sights, we suggestion getting tourism suggestions from an in-depth resource like Lonely Planet.

Most travelers gain an automatic 6-month visa upon entering. All you need is your passport - but make sure it isn’t set to expire within 6 months of your arrival, even if you plan on leaving before it expires. This is good practice for travelers anyway, but UK officials are known for being strict, so get your ducks in a row before heading to Heathrow.

Hope you’re ready to chill! February gets in the UK, especially London. Average temperatures range around 5-6° C (40-45° F) at the time the event takes place. You should also count on rain.

The event will have strong WiFi. You can grab a prepaid SIM card if you’re coming from outside the EU. (Remember that there are no longer roaming charges in Europe, including the UK.)

Pip pip! Cheerio! Nah, they don’t really say that stuff. In fact, there’s no real consensus on what British culture is; after hundreds of years and many beheaded kings and queens, it remains a mystery to many. Here’s what we could uncover…

Tipping is commonplace, but not at American levels. You should take a typical “friendly European” perspective - round up on smaller tabs, add 10% or so to larger meals and perhaps drop a couple quid for your bartender if you’ve been a nuisance long enough… though it’s truly expected that you don’t tip in pubs.

Afternoon tea is a long-standing tradition with rich history. There are tons of afternoon tea places around London, and we highly recommend it.

The experience consists of tea (okay, you can probably have coffee instead… but c’mon man) and pastries or other snacks - sometimes even becoming a full meal. It’s often done on Sundays, but can be enjoyed any time throughout the week. Many places specialize in afternoon tea, and you can expect a similar experience at each one. Consider it as a switch-up from your typical afternoon cup of joe.

This is where the fun is at… and at 6pm on a weekday, it’s where you can find almost everyone in London. Whether it’s a cozy local spot with outrageous regulars or a destination in the center of Soho, London pubs are notorious for their raucous atmosphere, heavy focus on pints of beer and general lively, “forget the workday” camaraderie.

Our suggestion is to find the one nearest your hotel and just show up without hesitation (or an invitation).

Transportation to and within London

London is big. One of the districts is large (and powerful) enough to earn the nickname “The City” - and it’s just one part. Getting around quickly is an art to locals… and an exercise in frustration for tourists.

This section is focused on getting you to the city with minimal hassle, then making navigation within a delight (rather than a dilemma). 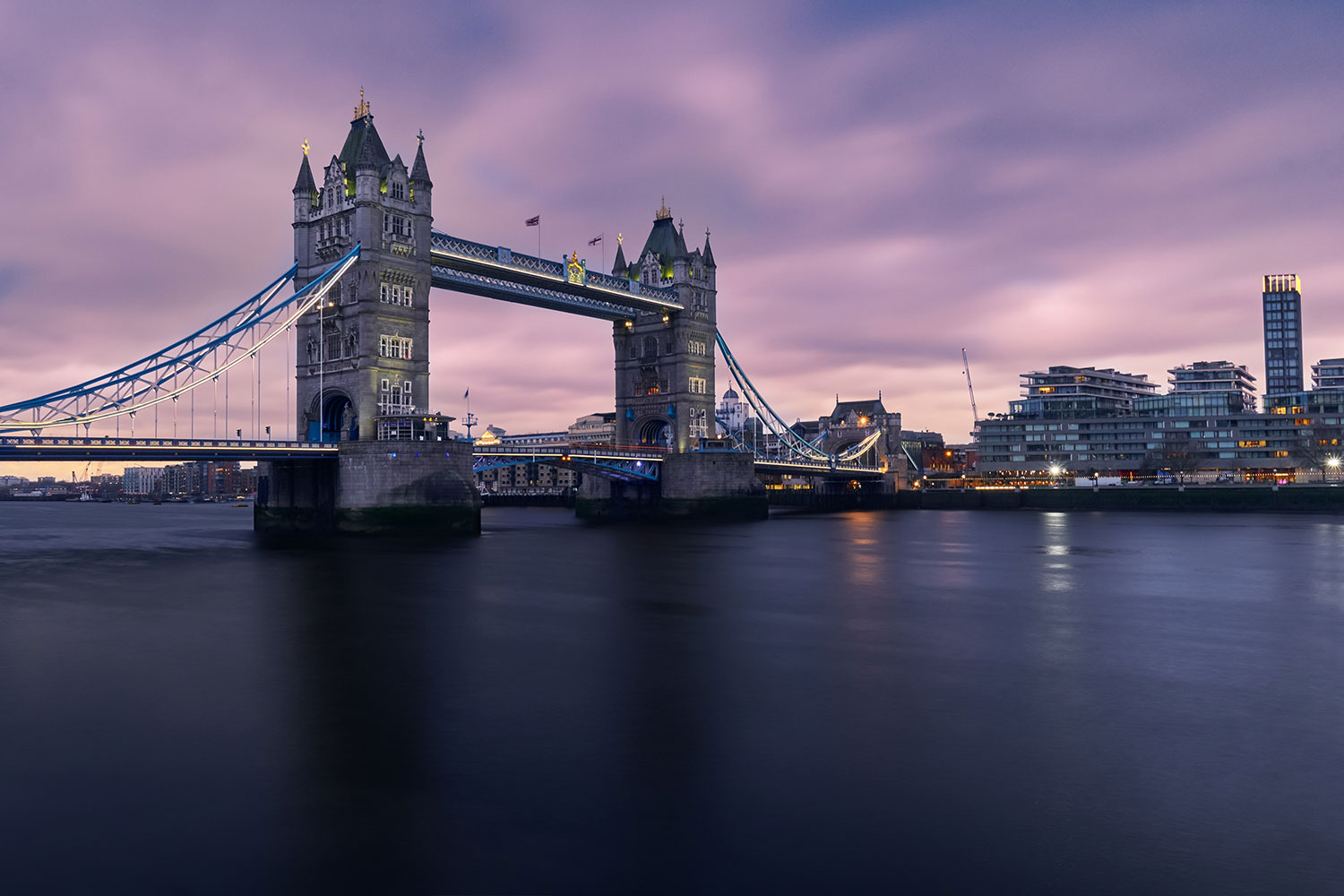 With London being a major international hub, you’ll find plenty of options for arrival. The six airports serving London do complicate things a bit, though:

The closest airport to the conferences is London City. If you are able to land there, go for it - it's a 15-minute cab ride away from the conference.

Be sure to check the airport options when arriving, noting the distance to your end destination. Beyond London City, the airports are all relatively far, so don’t go out of your way to cut down travel time from the airport unless it’s similarly priced - you should always plan on extra travel time to and from the airport when visiting London.

If you’re combining your trip with other destinations in Europe, you may also consider taking the train from France, Belgium or The Netherlands.

Arrival from the airport(s)

Your ideal arrival path depends on the airport you’ve come in from. Only London City is within the city itself, so you should budget at least an hour (if not two) for your arrival.

In any case, you have a few choices - here are the pros and cons of each:

London is a great city for walking, especially combined with a bit of train travel. The city is packed with sights and unique vibes in each neighborhood, and walking is the best way to get a feel for Londoner life.

If you have some time to spare between meetings, consider walking to your next destination!

Uber has a notoriously shaky relationship with the city of London, but it’s still operating. There are also alternatives, such as MyTaxi and Kabbee, but Uber is still king. Another alternative to Uber is ViaVan that is a cheaper rival to Uber it has come out as a ‘sustaiable alternative to Uber’.

If you’d like a traditional taxi, look for the black cabs. They’re the ones you can wave down and hop in. Prices will be higher than Uber, but not exorbitantly so.

This is the most popular method of transportation for locals, and for good reason. The city is well-connected by its Underground rail system (called “The Tube”), which reaches far into the outskirts of the city. Rarely can you go more than a few streets before hitting an Underground station or a bus stop. Though prices are moderately high compared to other cities, it’s still the best choice to get around London.

Those double-decker busses you see in the movies

This should be in the public transport section because they’re really just normal busses, but we wanted to highlight the fact that those double-decker busses are REAL, and you can definitely use one to get around. There are also “Hop On, Hop Off” busses for tourists which take on the same style and can be used for similar purposes.

The bus brings another advantage - you'll move slower through the city, but you'll see much more than you would in the underground.

Because the locations are a bit off the beaten path, you may want to limit travel time by sticking to the area. Here are our top picks to keep your visit convenient.

Our custom map includes a number of suggestions throughout the city, but these hotels are in close proximity of LAC:

Note that AirBnB is also available in London. Try booking now if you hope for a spot near the venues. Average prices are $115 (~£85) per night.

The event neighborhood is a bit outside the center of the city. Here are some spots to plan an event with minimal travel time: 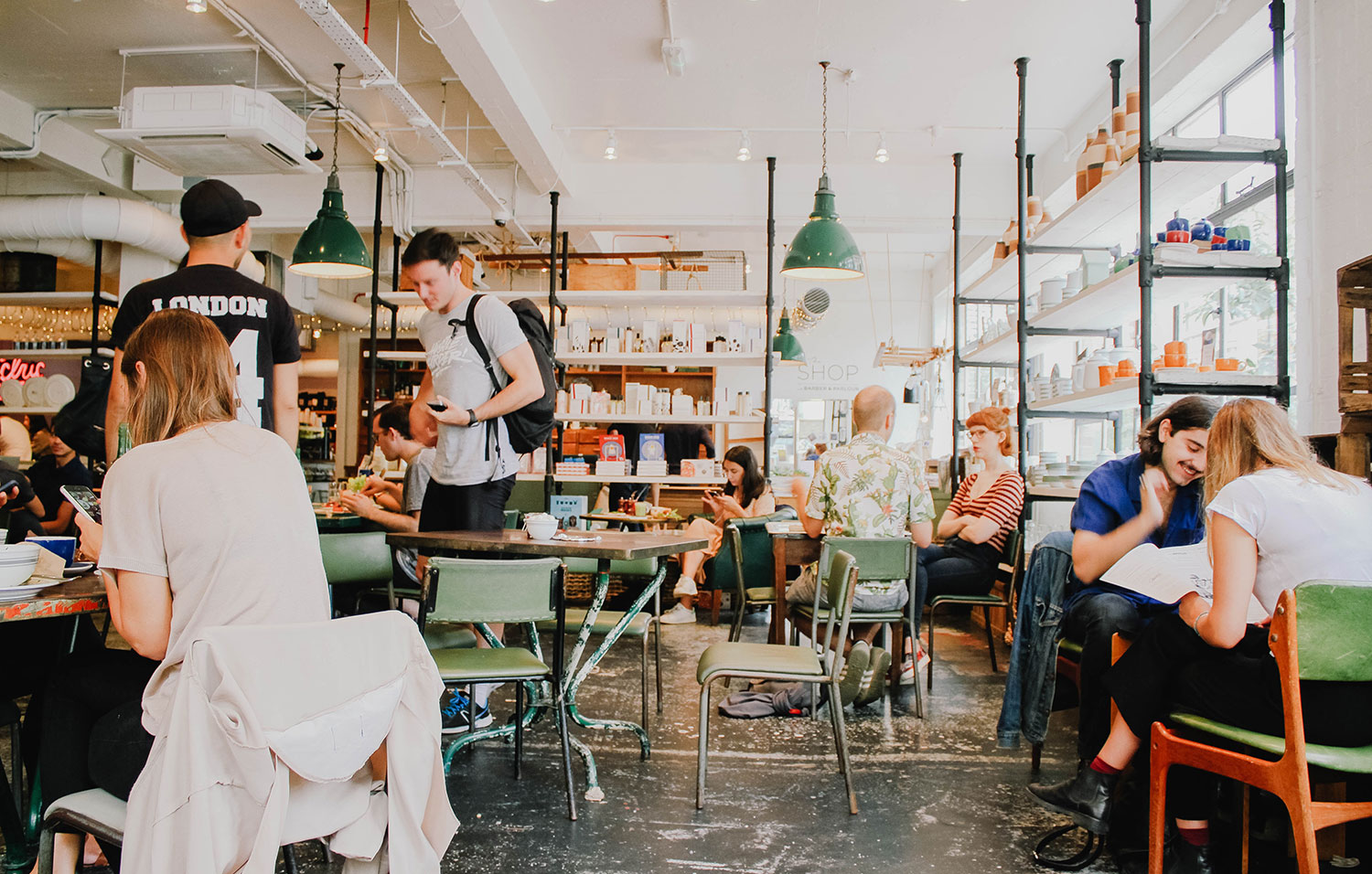 If you want to discover all that London has to offer, you’ll need to go beyond the area where the conferences are being held.

As we said before, you can find most of the major tourist traps on big-name travel guides. This section is for those of you who have been there, done that… or for those who prefer to explore the secret side of new cities.

Although these hotels are not near the events, basing your stay in another area will encourage you to explore while commuting to the area. Here are a few top choices from frequent visitors:

Without a doubt, London is a food city. The local cuisine may be rather basic, but the city’s prestige has brought a number of high-class restaurants… while its diversity provides a full platter of various ethnic foods and hidden haunts.

Here are the spots worth trekking to (or stopping by) - according to us: 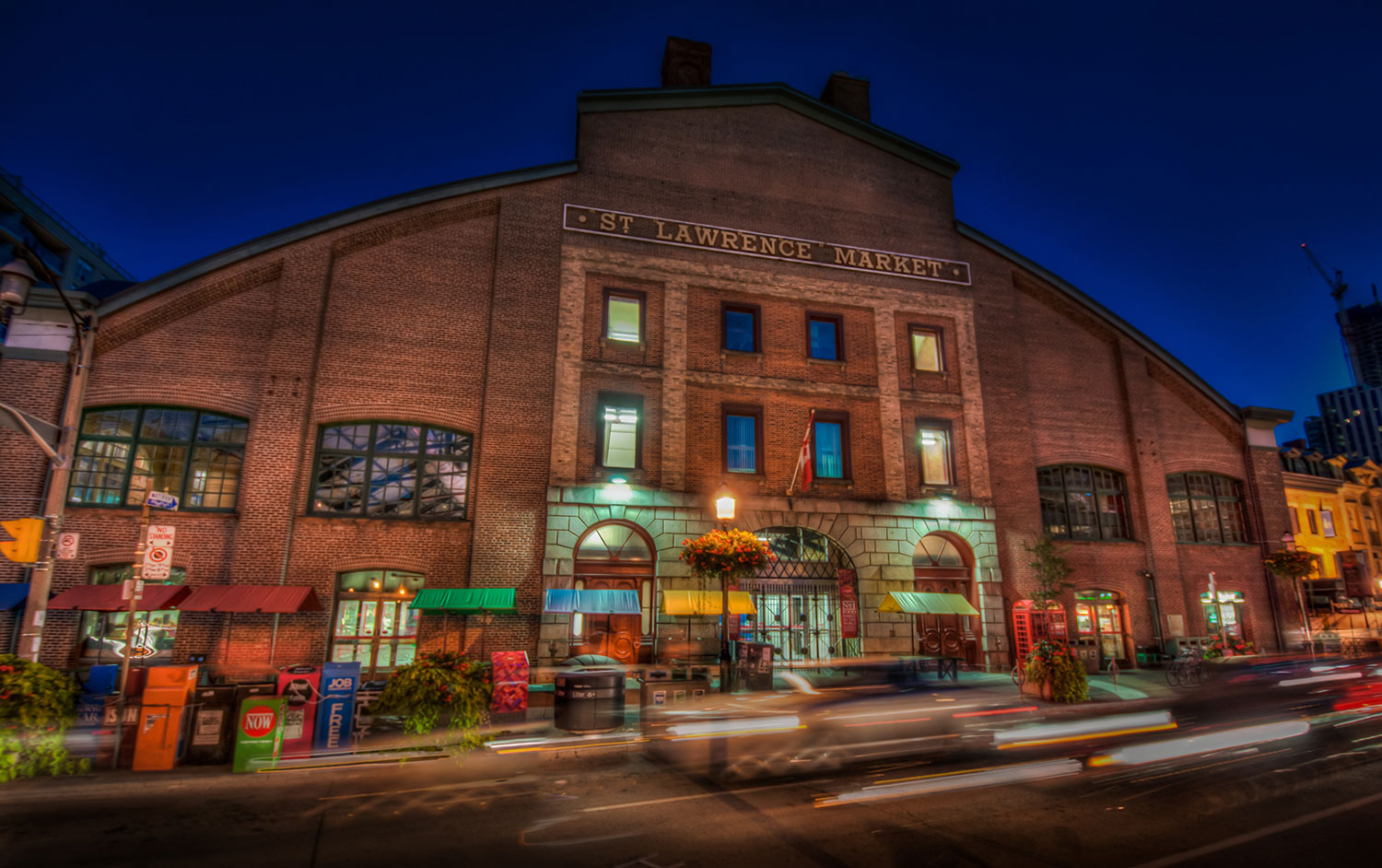 London is renowned for its broad entertainment scene, which encompasses everything from the vibrant pulse of Soho nightlife to the chill back streets of Camden Town.

Ready for some fun? Slide your finger down the list and pick one out. They all come recommended by locals who’ve been there, done that:

You can find many more suggestions on our interactive map.

For a city over 2000 years old London has managed to stay impressively hip while cementing itself as a financial powerhouse - earning its status as one of the world’s most important and diverse metropolitan areas.

This duality means your experience is in your control. Whether you’re just looking for a quick conference-focused visit or want to explore everything on offer, you should now have the jumping-off points to create the ideal trip.

With less than a month left, the task now turns to you - what will you do to make this the best trip of the year? You have the resource. Now turn it into action!

The Advidi globetrotting team is at it again! We’ll be on the ground at LAC. If you’ll be there as well, we’d love to talk to you!

Make sure to book a meeting in advance or contact one of the traveling team:

We look forward to seeing you there! Ta ta 'till teatime!

book a meeting
The State of Nutra in 2019: What to Expect And How to Prepare
What The Aff Is Up With Manu Cinca?